Let’s put it to the test. Remember the famed and oft-parodied “Got Milk?” campaign, created by Goodby, Silverstein & Partners for the California Milk Processor Board? It changed the attitudes and behaviors of millions toward a drink that wasn’t selling under a tired and flawed “health” strategy. You know, good for your bones and teeth, full of calcium — the type of thing doctors love saying but people weren’t buying. Enter another perspective: a deprivation strategy, repositioning milk as an “essential” (versus “h

ealthful”) drink. A subtle but distinct and inspiring shift. The result? First-year sales increased 7 percent, and awareness increased over 90 percent in the United States; the campaign received numerous creative awards, and a USA Today poll ranked it one of the 10 best commercials of all time. Brilliant. 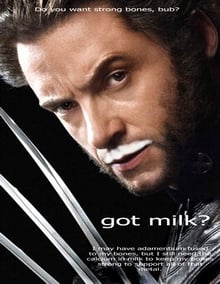 And to think that “Got Milk?” almost didn’t turn into an advertising campaign. Seems some of the agency’s people had doubts. According to the New York Times, they “thought it was lazy, not to mention grammatically incorrect.” Whoa. Universes collide; the big doubt creeps into the big idea. We’ve all been there. Fortunately, the right choice prevailed.

But it sparks an interesting debate on whether creative without strategy is like a cart with no horse. Strategy is typically assumed to be deliberate, planned, and purposeful. Success is often attributed to systematically performing a thought-out program of actions, while failure is conversely attributed to a lack of proper planning. But it’s also possible that successful strategies emerge inadvertently as unintended consequences of human interaction. Kind of like “Got Milk?” Notwithstanding dissenting opinions, the selected strategy set in motion a series of unpredictable, albeit inspired events — changing our perceptions of milk, at least for a few generations of consumers. By tweaking the strategy, creative expressions of the “milk” brand were produced over a 20-year period in multiple forms — from the original “Aaron Burr” TV commercial to the “milk mustache” print ads featuring countless celebrities and fictional characters, not to mention hundreds of parodies. That’s some horsepower. 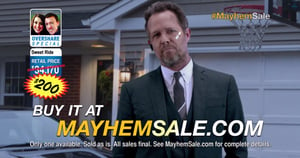 Switching gears from milk to “mayhem,” another stroke of brilliant advertising comes from media giant Leo Burnett Worldwide. In 2010, the agency launched a campaign for Allstate Insurance featuring the character Mr. Mayhem. The strategy driving the creative sought to reach younger customers: cut-rate competitors had taken over the car insurance industry, convincing people that getting a low price is all that matters. Mayhem personifies everything Allstate protects you against — your team flag, a wild deer, or warm spring breeze — because everything matters (not just cost). The character became an instant cult hit, extending to other lines of business, like home and motorcycle insurance. The strategy has since expanded to engage specific audiences through social media campaigns, including the 2015 live “social media–savvy burglar” event, where the agency tied Twitter to TV and e-commerce. As people caught on to the campaign, #MayhemSale trended worldwide. Five years after pitching the idea to Allstate, the campaign is still going strong. That’s the power of strategy.

So, what will you do the next time you face a decision of creativity without strategy? The smart money says think strategically, execute creatively. Easier said than done? Here are five tips to get you started.

Carts need horses just like creative needs strategy. To be most effective in your next marketing campaign — lead with strategy, then bring it to life through creative genius. You’ll surely hit your target and maximize results.

We’d love to know what you think. 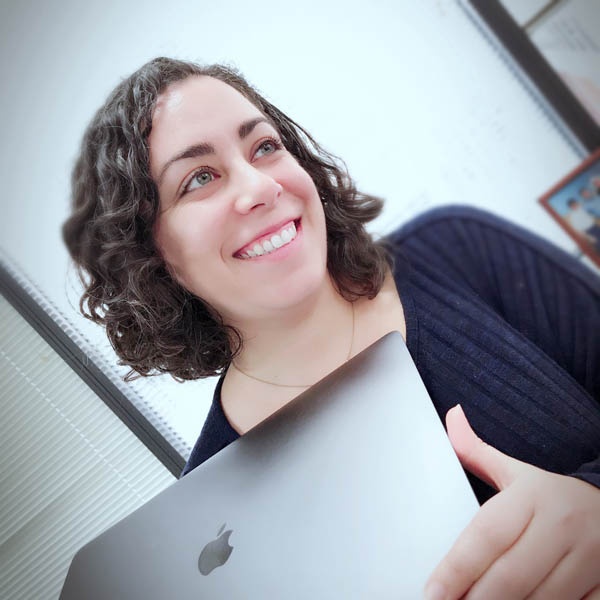 Re-Animated: How Animation Keeps Association Brands Alive During the Pandemic

In times when proximity brings peril, and live-action filming is both tricky and costly, associations have turned to animation to keep their brand narratives moving.

Optimistic or disruptively nostalgic? Where will brands be taking their logo redesigns in 2021?

Logo Design - A Key Step in Building a Remarkable Brand

Golden arches, a green mermaid, an apple—these all evoke distinctive feelings and unequivocal associations. What are the secrets to logo success and how does your brand stack up?