Jumping out of the Fishbowl

Creating Connections between PIO’s and Press

Breaking down barriers between public information officers (PIO) and the working press can sometimes seem daunting. It doesn’t need to be.

The Society of Environmental Journalists conference in Houston, TX brought together the best environmental reporters and leading policy leaders. The conference also attracted leading non-profit organizations like Environmental Defense Fund, Friends of the Earth and The Nature Conservancy (TNC). Several Biden Administration officials served as panelists and educators at SEJ. Attending PIOs were truly able to meet, mingle and provide context for their important jobs in this enviro-driven Administration.

Two notable panels of the event involved the Environmental Protection Agency (EPA). The first panel was proctored by Washington Post Environmental Justice Reporter Darryl Fears, who has served as the lead environmental correspondent for some 20 years. The second panel on Environmental Justice addressed the stark “cancer alley” health concerns of Louisiana and Texas; industrial pollution which impacts diverse or multicultural communities in disproportionate number; and how EPA is standing up Diversity, Equity, Inclusion, and Justice (DEIJ) communications within its own ranks. 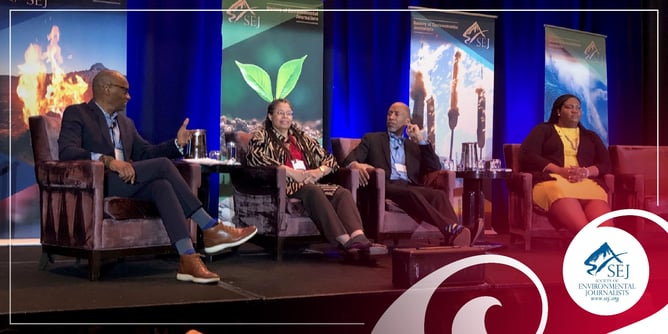 Some highlights of the panels included:

A second-day panel included EPA Press Secretary Nick Conger and Lindsay Hamilton, Associate Administrator for the EPA Office of Public Affairs. The conference event was entitled “Clearing Up the Fishbowl,” and was in response to moderator Tim Wheeler’s FOIA and other memo requests for information and interviews by EPA spokespersons. Wheeler is formerly with the Baltimore Sun and now an editor and reporter for Chesapeake Bay Journal.


Attending conferences like this one offered effective barrier elimination opportunities by facilitating relationships, learning about needs and interests, and identifying ways to add value to both sides of the messaging equation. 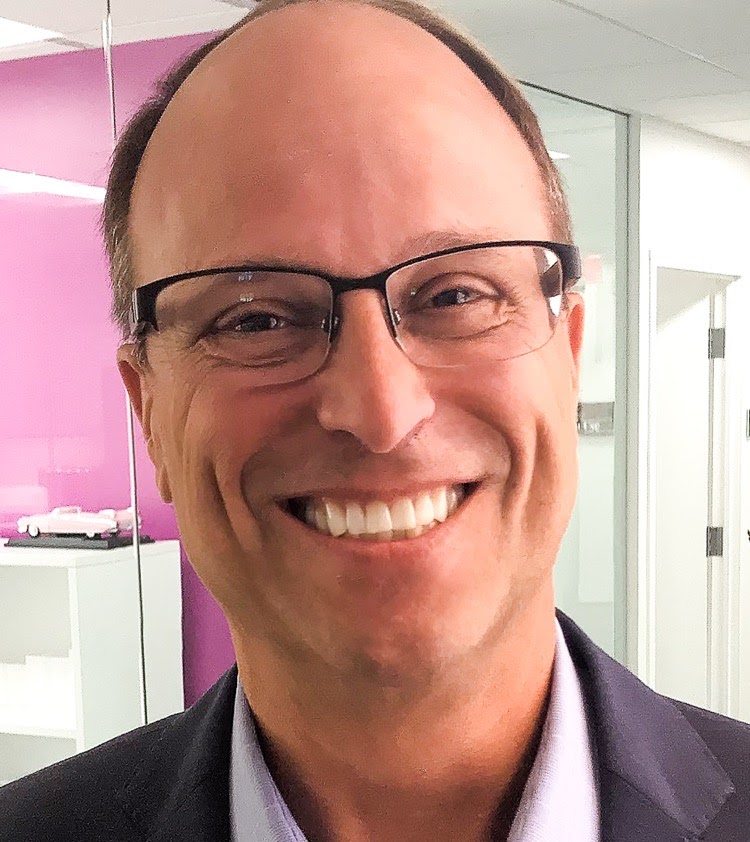 Yes& was named the winner of a Gold Stevie® Award in the Marketing Campaign of the Year Government/Institutional/Recruitment category in The 20th Annual American Business Awards® for work done on the FEMA National Flood Insurance Program’s (NFIP) “Keep Home” campaign. The American Business Awards are the U.S.A.’s premier business awards program. All organizations operating in the U.S.A. are eligible to submit nominations – public and private, for-profit and non-profit, large and small. Nicknamed the Stevies for the Greek word meaning “crowned,” the awards will be presented to winners at a gala ceremony at the Marriott Marquis Hotel in New York on Monday, June 13. Tickets are now on sale. More than 3,700 nominations from organizations of all sizes and in virtually every industry were submitted this year for consideration in a wide range of categories, including Startup of the Year, Executive of the Year, Best New Product or Service of the Year, Marketing Campaign of the Year, Thought Leader of the Year, and App of the Year, among others. Yes& Agency was nominated in the Government/Institutional/Recruitment category for Marketing Campaign of the Year. The Yes& winning campaign supports FEMA’s National Flood Insurance Program, which faced the dilemma of marketing a product most people have already decided they do not need. Hurricanes are bigger, broader and more predictable every year. With the risk of flooding in many communities, many consumers still bet against mother nature instead of protecting themselves financially against flood damage. To launch FEMA’s new campaign, Yes& deployed an integrated, multi-channel campaign targeting consumers, insurance agents, and community stakeholders in Florida, Texas, Louisiana, New York City, and Atlanta through video, audio, digital advertising, radio, social media, search ads, and a unique digital destination.

Yes& is proud to announce several new partnerships with academic institutions and organizations across the United States. Awarded these contracts through several competitive evaluations, Yes&'s experience in academic institution branding, applicant journey mapping, and .edu website development will support them in attracting a new generation of students and improve the branded visitor online and in-person experience.

Launching a higher education website is hard work—in part, because of the vast number of people it needs to support. When designing a refreshed digital presence for a higher education institution, there are various audiences to consider, from the staff spanning departments to students and alumni, and the prospective students and families who may be exploring options. Each audience has a unique interest in the website focused on their individual intentions and needs. The work P’unk Avenue (now part of Yes&) accomplished with Daytona State College’s website is a prime example of how taking a student-centric approach to your website can address the needs of a shifting audience in the higher education space. Anthony Robinson, Senior Vice President of Digital Strategy for Yes&, has years of experience serving clients, particularly in Higher Ed and was a pivotal player on the Daytona website redesign project. “When working with an institute that has a strong continuing education program, it’s crucial that the messaging focuses not solely on prospective high-school graduate students and considers all prospect students. Whether that is people looking for certification courses or parents returning to continue their education, it requires hard work to truly understand your audience and be conscious of the people who are actually partaking in your university’s courses,” Anthony explained. Daytona State College has provided some of the most accessible and affordable academic programs in the South and the state of Florida for the past 60 years, with a long history as a college credit, adult education, and vocational school. They have an authentic story to tell about their approach to “finding your path.”

It’s simple, really. To ensure your company's success, you want to hire and retain the best people. The clients will quickly follow. Upcoming college graduations offer one of the best ways to build a solid talent pipeline from the bottom up. Companies have the opportunity to hire high potential college interns and recent graduates who provide new and fresh ideas that will help the company grow and improve. By partnering with colleges, companies can inspire the next generation of professionals while staying engaged and up to date on marketing trends. Bringing in college students allows companies to develop early talent that can become the next leaders of their organizations. At Yes&, we are constantly looking for new talent—and some of the most innovative ideas come from our Yes&terns. We continuously strive to deliver the best quality of work for our clients and look for team members who are both skilled and passionate about the work. Our internship program is selective, pulling from top area marketing programs. Our Yes&ternship program allows interns to get a glimpse of what working at a marketing agency is like—so that before they accept an entry level role, they know it is the right fit for them. The program is structured so that interns spend equal time learning and working. The program offers internship classes where students have the opportunity to learn from employees throughout the agency, participate in a course of study, and contribute their ideas to different projects. The ultimate goal of the program is to provide interns with an experience that encourages them to want to work for Yes& after they graduate. At the end of the program, interns have the opportunity to reflect on what they have learned at Yes& or talk about a significant project. By going back and reflecting on what they have done during their time at Yes&, interns have the chance to understand what they have learned during their time at the agency. Not only are these presentations one of our interns’ favorite parts of the program, but they are also exciting for their mentors and executive committee to witness.