Queer Allyship in Action: Six Strategies for Your Organization

LGBTQ* Pride Month is celebrated in June in the United States to commemorate the resistance of gay, lesbian, and transgender patrons to an undercover police raid on New York City’s Stonewall Bar on June 28, 1969. The humane recognition and legal protection of LGBTQ people has come a long way in the five decades since Stonewall, and Pride is an important reminder of this progress—as well as a call to further action.

Although Pride festivities happen once a year, the issues that affect queer people -- many of whom likely work with you and are your customers or beneficiaries -- are constant and always changing. Investing time during the “off season” to create LGBTQ-friendly policies and communications can feel more sincere and generate more goodwill than a last-minute seasonal scramble might. Additionally, at a time when Pride and the signaling of LGBTQ support in general can descend into clichés, there are specific ways that your organization can show LGBTQ solidarity without falling into the exploitation trap.

Here are a few tips to get started:

If you’ve spent time on LinkedIn in June, you’ve probably noticed a few familiar corporate logos suddenly go rainbow. While this invocation of the Pride flag may be well-intentioned, it can easily backfire; critics have been quick to point out the absurdity of this trend as mere bandwagon-jumping. If you’re interested in publicly celebrating Pride, consider whether your organization’s mission and actions consistently support queer people’s rights: Do you do business with discriminatory organizations? Is inclusivity a primary consideration for any media you create?

Assess how your organization makes assumptions about sexual orientation and gender identity. Externally, such assumptions can manifest in anything from an overreliance on photos of straight couples in branding materials to stereotypical expectations about your products or services appealing only to men or only to women. Immediately upon entering office, President Biden codified a similar policy review with an Executive Order on Advancing Racial Equity and Support for Underserved Communities. This order mandates that government agencies “recognize and work to redress inequities in their policies and programs that serve as barriers to equal opportunity,” with an eye toward “underserved communities that have been denied such treatment,” a definition that includes LGBTQ people. While the long-term benefits of this order are yet to be determined, it’s a step toward modeling equity as the default in administrative decision-making.

…And your internal biases

Ultimately, any public gestures your organization makes toward LGBTQ solidarity can ring hollow if you haven’t looked within your own ranks. An examination of internal biases might involve determining whether your workplace policies and communications serve all employees equitably. Looking at fairness in hiring and recruitment practices, benefits for same-sex couples and parents, medical coverage for gender transition-related care, and encouraging the use of preferred pronouns in email signatures are all good places to start.

In many ways, life has become safer for queer people in the U.S. This is not universally true, however, and an overly casual corporate attitude toward Pride can read as flippant at best and ignorant at worst. Consider that in many places around the world and within the U.S., the rights and basic safety of LGBTQ people are not a given. Does your organization have opportunities to draw attention to these issues? Also, don’t forget that Pride isn’t only recognized in June—regional Pride celebrations take place throughout the year. Can you have more impact by focusing attention on local events?

Stop splitting off people of color

As with other social justice movements like women’s suffrage and labor rights, advances in queer rights have sometimes neglected to include people of color. Access to employment opportunities, community resources, and quality healthcare remain less accessible to gay, lesbian, and trans people of color than to their white counterparts.  If your organization opts to host a panel of queer employees, include as diverse a roster as possible; after all, Black patrons at Stonewall are credited with having led the 1969 resistance. Also, if you do decide that some temporary rainbow branding is worthwhile, consider integrating the more inclusive colors of the Progress Pride Flag.

Understand that queer people are not all the same

Celebrating the dignity of queer people requires an understanding of the nuances of their collective experience. Not all gay men enjoy shopping; not all lesbians are handy. And notwithstanding recent legal wins, not all queer people are interested in getting married or parenting. In a former job, I once vetoed an editorial feature that (mostly good-naturedly) encouraged brides-to-be to lean on their gay best friends to help plan their weddings. When I pointed out the cringe-inducing stereotype, the team admitted that they hadn’t foreseen how insulting this kind of characterization could be. Your organization can avoid generalizations like this by workshopping projects and communications with staff, not just for Pride Month or other celebrations related to identity, but for any content that might affect employees.

Yes& takes our commitment to equity and inclusion as seriously as we do our creation of effective marketing and communications campaigns. Read more about how we can help your organization develop its memorable and responsible voice.

*As used here, LGBTQ stands for lesbian, gay, bisexual, transgender, and queer, with queer serving as an umbrella term for any non-heterosexual or non-cisgender identities. Other variants of this acronym include “I” for intersex, “A” for asexual, and a “+” sign to denote other groups like community allies or those questioning their sexual orientation or gender identity. 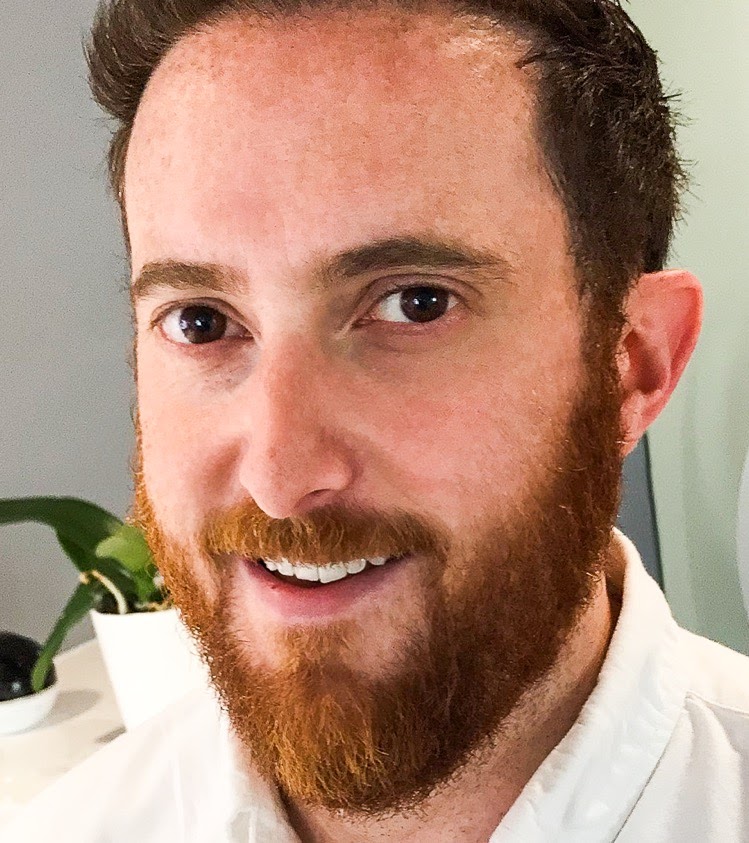 Company to provide strategic branding and communications support to drive increased awareness across the government market ALEXANDRIA, VA – February 1, 2023 – Yes&, a mid-Atlantic-based integrated marketing agency, announced today that it has been selected to lead Aretec, Inc. in a corporate rebrand, website redesign, and marketing and communications strategy to enhance the company’s position in the government market.

Effective Social Strategy for a Challenging Digital Environment: Part I

While social media is always dynamic and ever evolving, 2022 brought dramatic shifts and activity that moved the discussion beyond audience trends and ad ascendency into the territory of trust, legality, and financial viability.

The & in Yes&: Blasting off into the new year with fresh designs

Have you noticed some of the new Yes& branded imagery lately? There’s more to it than meets the eye, and if you are familiar with our company values, you may have already pieced it together.

Hope Has a New Number Campaign Promotes Launch of 988 Lifeline

Mental health awareness has experienced a shift over the past few years, moving away from its historical negative perception to something that communities are openly discussing. Social media platforms like TikTok provides a platform for people to connect, share experiences, and find comfort. Companies are offering mental health support services and resources to employees. And, the federal government has recognized the critical nature of making support services more accessible to all. In 2020, the FCC adopted rules to establish “988” as the nationwide 3-digit dialing code for emergency support to connect with suicide prevention and mental health crisis counselors.