3 Measures of a Successful Brand

In this article, we’re going to look at this from a different perspective. Let’s discuss the following 3 measures of the success of a brand:

In order for a brand to be strong and have lasting success, it must have substance. We can describe substance in two ways: 1) it must have an ideology which is clearly articulated in the way it conducts business and communicates with its audiences, and 2) it must offer a genuine experience to its audiences that builds a memorable and meaningful relationship.

If you think that all that is needed to create a brand is to fill out some legal paperwork, pick a name, and design a logo, let’s clear that up right now! A brand must have substance beyond the purely superficial, as nice as that logo and name might be.

In order for a brand to occupy more of real estate in your customer’s minds, it must represent more than a name. There needs to be an idea that represents a solution to a problem, or something larger than a product, logo, or tagline.

Brands that occupy an ideology can endure even as tastes and fads change. They can endure changes in products, technology, and generational preferences if they can exist as something deeper than what is visible to the eye.

Substance also means delivering an authentic brand experience to your customers. It’s no longer enough to offer a good product at a good price. With the wealth of competition in the market, consumers are looking for something more.

It’s not good enough to just have a great hotel room. What happens when something goes wrong? For instance, I was recently at a conference in New Orleans and staying at the Hyatt Regency there. I was having some issues watching Netflix through the TV (which is a feature they touted as being a benefit). One direct message to the hotel Twitter account later, someone was actively working to solve my problem for me. To me, that is a great experience, because I hate using the phone when I don’t have to. For someone else, a great experience would be a more hands-on approach. A brand that understands that people have different preferences and can tailor an experience to each will be truly successful.

While the hospitality industry has been doing this for many years, there are many lessons to learn here for any brand, whether they provide software, sell products, or offer services.

When you think of some of the greatest brands of all time, they have maintained a timeless aspect, regardless of whether they might have gone some aesthetic refreshes from time to time. Despite some updates along the way, brands like IBM, Apple, and Coca-Cola have had great staying power because their core values have always remained constant.

While there are many pieces at work, and many smart people contributing, this timelessness is due in great part to the fact that the brands have built substance over time.

This timelessness can be attributed to understanding the dichotomy between having a strong mission, values and sense of purpose which doesn’t change, and the flexibility to be agile as preferences change, trends come and go, and generational shifts occur.

“Our audience is everyone.” If I had a nickel for every time I’ve heard that sentence after asking a marketer or executive, I’d be a very rich man.

As a consultant, I’ve dealt with many types of organizations, working with everything from Fortune 50 brands, to small nonprofits with a handful of staff. One issue that plagues an alarming amount of them is what I refer to as focus on their core audience. Any brand, no matter how large, how broad-reaching, how useful their products or services may be to a wide population, must have focus if it is to be successful.

Let’s take Apple as an example. It’s true that the iPhone is popular with a wide variety of demographics around the world. So much so that it is estimated Apple has sold nearly 1.2 billion phones (ref. 1) since they were introduced in 2007. That makes it a very successful product.

But what also makes the iPhone so successful is that it has always had a focus on what it was, what its strengths are, and Apple has always had an understanding of who its target audience it is. Despite being ubiquitous, iPhones are very much desired, and new ones draw lines outside stores in order to have the social status of being the first in a circle of peers to have the latest one.

The iPhone is a great product, but looking good and working well isn’t its only attribute. Like Steve Jobs and his approach which famously dismissed focus groups as ineffective and delivering inferior products, Apple always remained focused on making its products singular in approach. If the first iPhone was put in front of a focus group, it may have ended up with any number of unfortunate features. A second “home” button? Just imagine what focus groups might have thought they wanted. Instead, Apple stuck to its guns and rolled out a product that was ahead of its time in so many ways, and ended up changing people’s minds about what they even wanted.

The other aspect of focus is on who the target audience for an iPhone is. While we don’t have access to the internal memos and documents that may shed a more specific light on this, there are a few things that we can assume. The iPhone is actually targeted at a rather narrow definition of an audience member, yet it is because of this narrow feature that it is so appealing. Apple has aimed at a combination of a premium product which is easy to use. This means that it is priced as if its sole target is a well-educated, higher income consumer, even though this is not the only demographic buying the product.

Finally, in order for a brand to be strong, it must remain relevant or find a way to be culturally relevant in the moment.

Why has McDonald’s survived through the decades when so many other trends and products from its era have not? One reason is because McDonald’s has always remained fast. Though tastes may shift, and even the term fast food has fallen out of favor (see: Quick Service Restaurant, or QSR), one thing that has remained in our culture is that we are always busy and short on time. Until this changes, McDonalds’ focus on being fast remains important.

Or take Lego, which was founded in 1939 and has found ways to reinvent itself over the subsequent decades to remain relevant. Whether it was the opening of the first Legoland in 1968, drawing over 650,000 visitors in its first year, or the release of their first feature film, The Lego Movie, in 2014, which drew a $400 million box office (ref. 2), the brand has shifted its focus but never lost touch with what makes its product successful.

In the case of Lego, staying relevant meant making a shift from solely focusing on parents and children, to finding ways to attract adults by the early 21st century. By doing this, combined with some successful (mixed in with a few unsuccessful ones) tie-ins with other intellectual properties such as Star Wars or Batman, Lego managed to keep itself culturally relevant, while making the important strategic move of reintroducing itself and its products to an age segment which had discarded it because they felt they’d outgrown Legos.

Your brand is the way your audience sees you, how they remember you, and how they share your story with others. A successful brand has multiple dimensions that translates strong visuals to ideas, experiences, and feelings that extend beyond a single interaction.

To be a truly successful brand means to be vigilant about maintaining the substance, focus, and relevance necessary to keep a close relationship with your audiences. 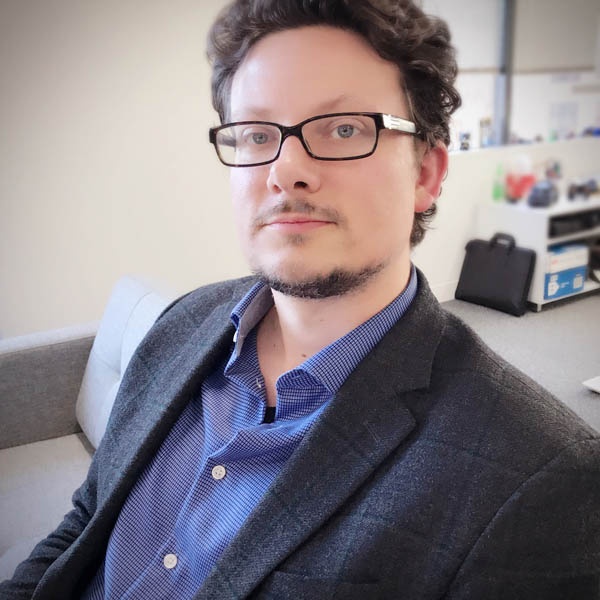 It’s hard to get out of the office—but it’s worthwhile to attend industry events and other opportunities for continuing education in our rapidly evolving field. That’s why six Yes& staff members and I attended the sessions on October 3 at the Ronald Reagan Building.

Branding Healthcare in the Age of Consumerism

Healthcare branding has long been challenging. It’s hard to posit distinctive differentiators in an abundance of markets: how many ways can you evoke quality, innovation, or compassion? Now, branding is complicated by a seismic shift in consumer perspective.

Your Brand is More Than the Sum of its Parts

The following article is based on a chapter from “The Agile Brand” by Greg Kihlström, now available on Amazon and iTunes.

The following article is based on “The Agile Brand” by Yes& SVP Greg Kihlström, now available on Amazon and iTunes.